Chicago’s own Mike Ledbetter has had nothing short of a rich and multi-dimensional musical journey thus far. He has become known for his intense vocal depictions and demanding range. Covering all grounds from Blues, Pop, Soul, Gospel, R&B, to even OPERA, Ledbetter has built a performance level that is genuine and exciting in all ways. By the age of 25, Mike had spent the better part of a decade singing on many of Chicago’s operatic stages and was ready to return to his soul music roots. He was quickly discovered by Nick Moss. Spending 7 years under his tutelage, Mike recorded and toured the world the Nick Moss Band as his mentor’s vocalist and rhythm guitar player.

​In his short time on the Blues music scene, he has gained fans from all over the world. Equally as important to Ledbetter, his efforts have earned the respect of many of his heroes and influences (Otis Rush, Buddy Guy, Lurrie Bell, Anson Funderburgh, Barrelhouse Chuck, Billy Flynn, Bob Stroger, Curtis Salgado, Jimmy Johnson, Lazy Lester, Ronnie Earl) as a member of the new school of Blues/Soul musician whose style is cemented in it’s golden era. With the help of Monster Mike Welch, Mike is on a mission to show the people of his generation and younger the importance of retro music. 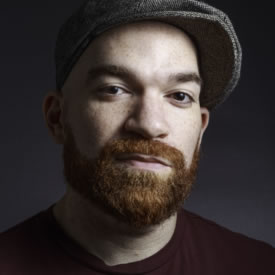